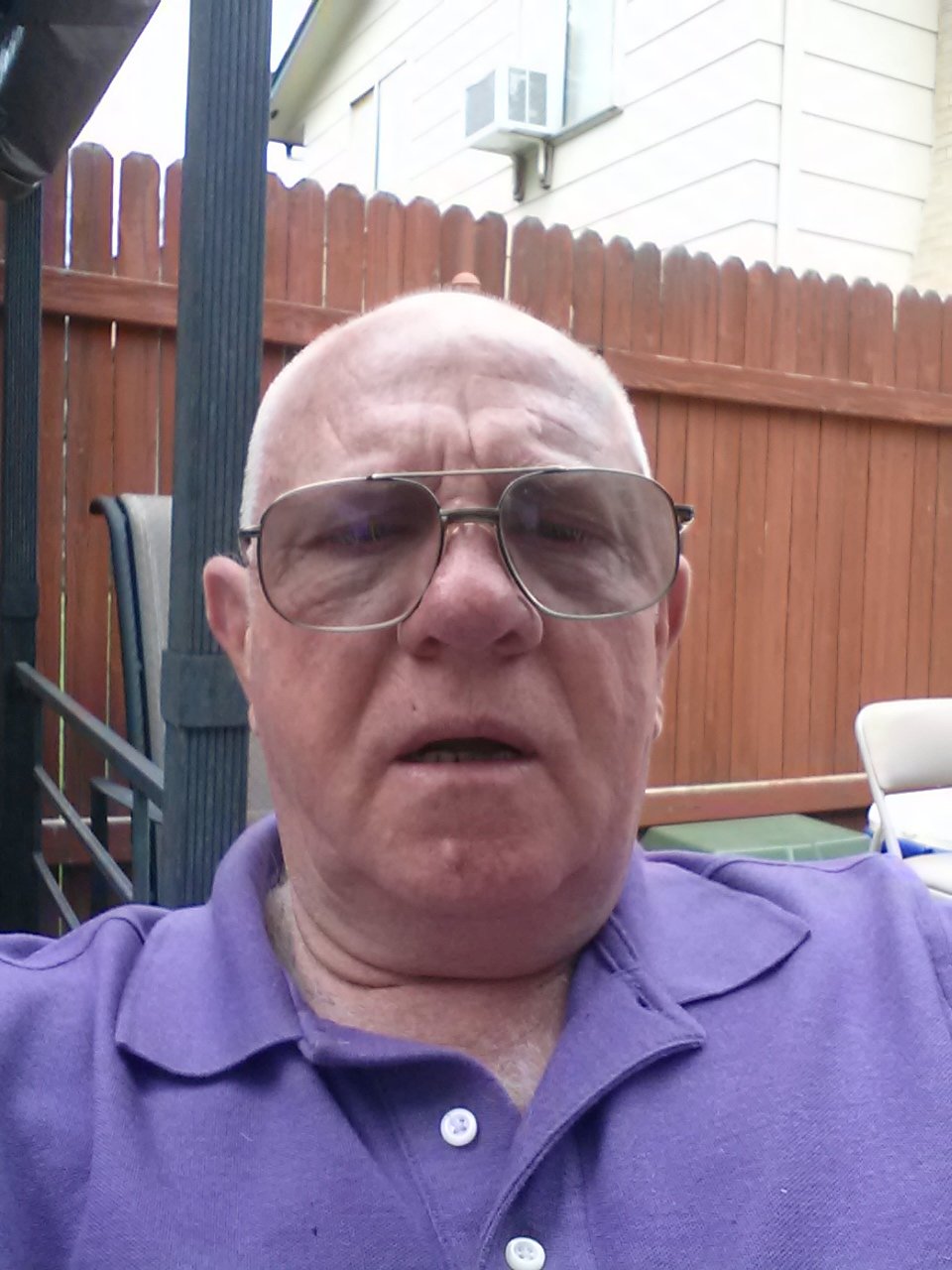 Rather than just adding links to other veterans online organization, we are going to list with recent photo the Liaison "officer" of each site, along with the active links to their website, Yahoo Group and Facebook Group.

Previously from 2002 - 2012 our reunions have been listed as 519th Transportation Association, Thailand reunions with an operational name "Big Tiger, Tiger Returns, etc". Effectively those reunions will be archived and no longer planned.

We are migrating members of the 3 Yahoo Groups (519th TAT & 519th TAT AO) into the USARSUPTHAI Group as many are members of 1 or more groups and the email traffic has been duplicated on each group (sometimes not everything gets sent over). You can switch yourself over or manage your membership here.

We have added this link to view the USARSUPTHAI ASSOCIATION DIRECTORY

as the Defender of the Weak

the timid in so much as

give up on their claims for the most simplistic reasons.

IAW our judicial system and in establishing evidence in support of disability claims before the DVA, we must be selective in what is considered hearsay and statements of fact.  Franco has had a wealth of personal experiences both in uniform (over ten years) and in civilian professional practice in IT (almost 30 years.)  The areas of expertise that is explained here makes him a perfect Expert Witness for Thailand veterans during the Vietnam era.

In filing his last tax return for 2005, Franco filed his disability claim in a matter of fact manner, soliciting representation with a VSO (big mistake) and allowing everything from the initial rating denial to the Decision Review Officer conference (DRO) be handled incompetently by this VSO.  Today, he is totally disabled and filing his TDIU for Individual Disability has had that certified by the DVA, filed by himself, thank you.

The big mango still alludes him and his Laotian refugee wife, but he is closing in on it having shortly filed motions with the DVA Board to reconsider the preposterous Veterans Law Judge that it was my misfortune to have.  You could actually say it was a stroke of luck to have my appeal assign to an incompetent judge with law prejudices toward Thailand veterans, to close the loop on administrative affairs in claim adjudication within the DVA.

After all, if Franco is to be a good Thai veteran advocate, wouldnt you agree that he must (first-hand) experience the same pitfalls other veterans will encounter?

Be under the same stressful conditions found in the adversary system

which hallmarks the DVA?

Even had every attempt to be intimidated by a bureaucracy

that has thrown their best efforts at me?

In fact, in what of my key areas of IT experience, auditing, I have saved my clients literally hundreds of thousands of dollars and others confirm system integrity.

To the misfortune of my VARO (and DRO) will come the wrath of this claimant and hopefully a few heads will role, be dumped, put out to pasture, so on and so forth.

You just cant run a ship-shape shop without the letting of some blood, bad blood.

Youve got to really reform the department and not just give it mouth service.

To simply ignore the state of affairs, is not only cowardice, but notoriously bureaucratic.

Buk Frank, as he likes to be called, doesnt put up with any bunk and expects the same for others.  You know, the old do unto others religious philosophy that has steadied his ship throughout life as a corporate consultant.

Trust is what is lacking in the DVA today and General Shinseki is the man to turn things around as the Department Scretary.

Franco can only make a small dint in a big system and helped those with similar disability issues.

Franco was born in Brockton, Mass; home of Rocky Marciano and lived on the same street west of the town Y.M.C.A., Dover Street.  He lived across Warner Avenue, a dividing line for the middle class and poor, Stacy Shoes was my neighbor.  Before that, my mother and I lived in a small tenement house behind a bigger one, sandwiched by a shoe factory and a Catholic parochial school, with a large cathedral church on Main Street.

After graduating from high school, he joined the army, volunteered in 1966.

Three (3) significant assignments provide the basis in law for lay testimony and evidence:

In 1967, assigned to a Replacement Detachment at Ft Hood, Texas as a Legal Clerk, you know  for those that decide not to report for duty an go A.W.O.L.

In Thailand, 1968 and 1969, assigned initially to the headquarters company and then a line (pipeline engineer) unit.  Both assignments gave him a wealth of opportunity at the highest level and projects all around Thailand for what later will be Phase Two in the assault on Washington for other Thailand veterans that may have been exposed to herbicide agents in Thailand.  His last assignment was with the headquarters of an engineer battalion; assisting other company clerks to reconcile their books or morning reports for what better reason  plans to deactivate.

This concluded his first enlistment in the army, and during a short (almost) eight month break, attended Control Data Institute as a civilian in Burlington, Mass.  As things would have it, and as reported in USAF CHECO Project Reports for the SEA era, Control Data programmers were contracted to automate the Airlift Management System for he U.S. Air Force, in 1966; four years earlier and too late for me to be assigned to sunny Vietnam.

Returning to active duty in August 1970, Franco moved from Miami, Florida to Ft Lewis, Washington to be assigned as an E-5 to the U.S. Army Replacement Station at the Army Personnel Center where he performed all sorts of E-5 duties including shift assistance team leader.   And, the only barking that he ever did was to permanent party giving in transit personnel heading for Vietnam a rough time .. do unto others.

At the Repo Depot, we processed between 300 and 500 troops a day; providing orientation and billeting awaiting their orders for SEA and transportation to McChord AFB, next store.

We had a few young recruits destined for Thailand, and placed in common billeting with those for Vietnam.  I tried to assure them that even though their neighbors are destine for Vietnam, they will continue to Thailand either the same day of arrival in Vietnam, or billeted for transportation the following day, or two.  Finance calls such stops AD or AT for authorized delay or awaiting transportation.

You can look at an early MATS Pacific Routes map and see how, logistically and strategically, flight routes from CONUS closed the Pacific route loops at Clark Air Base in the Philippines, and the went to SEA via Vietnam and then to Thailand.  MATS was the air force command responsible for this type of non-combat (as opposed to tactical) transportation from the beginning of the war in 1961 through 1965 when MAC (command) took over.

Now, all this is explained more thoroughly in other papers Franco has written for your education and general background regarding presumptive service connection and exposure to herbicide agents (presumptively by law) for service in Vietnam.  No, not service service in Vietnam in the traditional sense, but service for the basis of such disability claims, ie, 3.313.

On the last page of this introduction is a summary of Francos experiences and education to help serve his fellow Thai veterans to establish the necessary evidence with their claims at their regional offices or the Board.

Hopefully, Franco will be able to speak before a Congressional Oversight Committee in the House of Representatives shortly that will smooth the way for other Thai veteran claims.

+ Selected for Artillery OCS and D.O.R. after six weeks

Founded a consulting IT business, several small businesses including a Thai restaurant

Major IT Applications:  Financial and Accounting

based on advanced training received at H.M.S.A. in Hawaii

This tribute was to a man who was passionate about battling the VA for veterans recognition of Agent Orange exposure.

Many have referred to, few have known or claimed to understand, he was better known as "Franco". 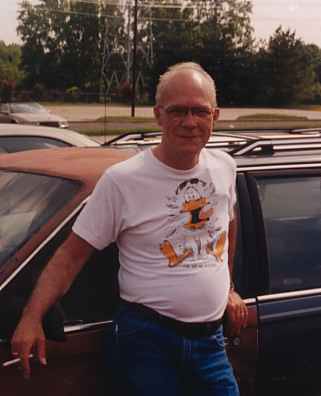 Founder and webmaster of Jack's Corner and original listmaster of USARSUPTHAI Group at Yahoo Groups. 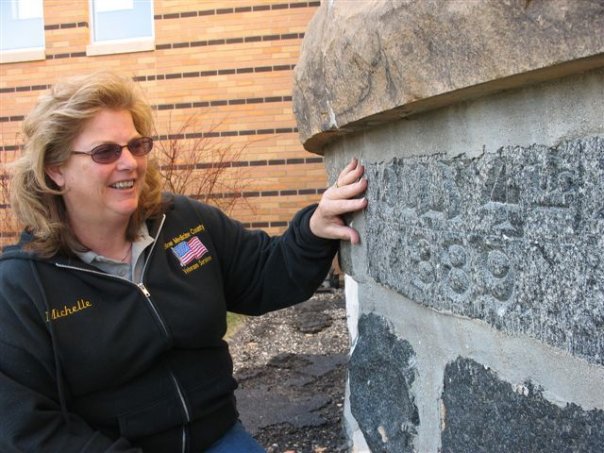